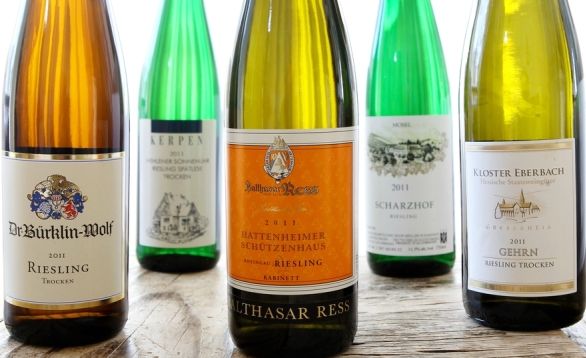 Recently, while on a business trip to Europe I was able to visit the land of Riesling, otherwise known as Germany. Granted Germany is known more for its beer and for the first three days while I was in Hamburg, wine was an afterthought. By the way, here’s a quick trivial fact. It was in Hamburg that the Beatles learned their craft by playing for eight hours a day in their late teens and seeing the clubs where they played was pretty cool (even if they were dumps – then and now). 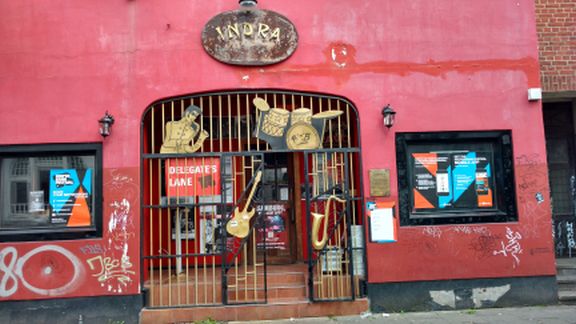 Indra Club In Hamburg Where the Beatles Played in the Late 1950s.  The Little Gold Plaque To the Right of the Doors Says Something About the Beatles in German but Don’t Ask Me What.  I Speak English and Spanish..

Speaking of beer, hey it’s Germany after all, and it was during Octoberfest so even though I wasn’t in Munich, there were hints of Octoberfest even 300 miles north of Bavaria. If this was a beer blog, I’d go on for hours about the German beer. It’s not though, it’s a wine blog, and if you’re in Germany and you are drinking German wine that probably means Riesling. Riesling is the classic, German white wine grape and is considered one of the great wine grapes of the world. I always look forward to trying wines in their native lands to see how they compare in style and quality to our new world versions.  Riesling, in California at least, rarely resembles the classic Rieslings of the old world.

The Riesling grape is surprisingly adaptable compared to other grapes and that adaptability gives Riesling perhaps the largest range in styles of any wine grape. In Germany, Riesling is usually very dry and crisp or slightly off dry due to the relatively short growing season where the sun is not as intense as most areas of the new world. Unfortunately, in California, Rieslings receive copious amounts of sun and heat which quickly destroys the acid that makes the best Rieslings so appealing, leaving an overly sweet, characterless wine. Riesling without acid is like a Porsche sitting up on blocks with no tires- just kind of pointless. The best dry Rieslings (my favorite type), are very crisp and clean with little oak (or even better, no oak) with a hint of green apples. The US does produce a few good Rieslings and in my opinion the Finger Lakes area of upstate New York produces the most consistent ones. There are a number of good ones but they can be quite costly compared to the German ones.

I’m usually fine having wine for wine’s sake but the German Rieslings virtually demanded German food and who was I to argue? It’s kind of pointless and just a little weird to argue with a glass of wine anyway. By the way…for those of my friends who think German food is something only served as a form of torture, you are grossly mistaken. The German food in both Hamburg and Essen was outstanding. Each of the dishes below would pair well with Riesling and I tried them all…well…almost all. I didn’t try Riesling with salad because I’m not a rabbit and I don’t eat rabbit food. If you’re a vegan, skip the next couple of sentences. In Germany, I was interested in eating meat. In other words, if it didn’t have parents, I wasn’t eating it. Here are a few of the dishes that I enjoyed with various Rieslings.

Wiener schnitzel – No, this isn’t the American fast “food” chain. Notice food is in quotes because I’m not sure their hot dogs are actually food…although I will admit to scarfing down four or five chili dogs at the end of a night of drinking in my 20’s, something that my digestive track still reminds me of to this day. I’m convinced the half-life of the hot dog is roughly equivalent to Uranium. Wiener schnitzel in Germany is a veal cutlet, pounded very thin, fried quickly and served with lemon. It’s very simple, very tasty and the lean veal and fresh lemon is almost a perfect complement to Riesling.

Sweinhaxe is a baked pork shank, sometimes called a knuckle, and it might just be the most tender piece of meat you’ve ever had. There is some fat on a Sweinhaxe and the acid from the Riesling does a great job cutting through that fat. Almost any other pork that doesn’t have a heavy sauce on it is another great match for Riesling. 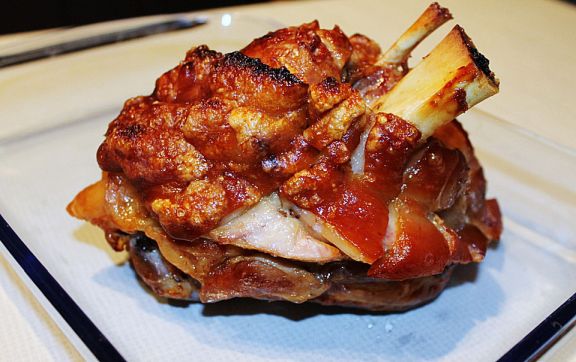 Veal Sausages are relatively lean and mild, making them another great match for Riesling where a heavier wine might overwhelm them.

If you are going a little less traditional for Thanksgiving and are having duck or goose and you want a white wine, this is the one I would choose for the same reasons as the Sweinhaxe. They are fattier meats and the acid works well with them.

Riesling is also one of the few wines that go with Chinese, Thai or Indian food. The fats and sweeter flavors of those cuisines work well with a slightly off dry Riesling.

Find a knowledgeable wine merchant and have him recommend several good, dry Rieslings. Try them by themselves and with food. You won’t be disappointed.