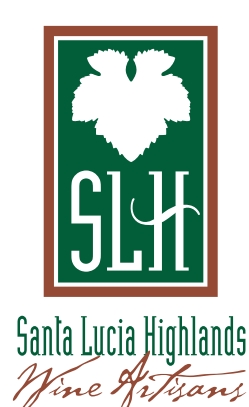 Is it ironic that the region that’s become one of our favorites is best known for making Varietals that aren’t our favorites? OK…that was a touch awkward. Let’s try it this way. Our favorites tend to be really well made Bordeaux style wines…Big Cabs, well balanced Merlots, earthy Cab Francs and of course, the blends that can be sublime. The area in question however is known for complex but delicate Pinot Noirs, balanced Chardonnays and deeply flavored cold weather Syrahs.

Don’t get me wrong, we like Chardonnay and really enjoy a well made Pinot Noir, but not enough of them have the complexity that truly great examples of these lighter wines should exhibit. Many mass produced Pinot Noirs taste like the winemaker “accidentally” dumped sugar into the fermentation tank, obliterating the chance to taste anything other than Smuckers Jam. The big Chardonnays on the other hand are either so light that they could double for iced tea made from 60 year old teabags or have so much oak, that they taste like they were made by a carpenter, not a winemaker.

Ok enough with the suspense. The area in question is the Santa Lucia Highlands (SLH), a region in central California that struggles for notoriety among the behemoths of the wine industry like Napa, Sonoma, Paso Robles and Santa Barbara. If you have never been wine tasting in the Santa Lucia Highlands, you’re missing some of the best wines made. There’s a number of reasons why SLH just doesn’t get the respect it deserves and we documented them a year ago when we first tasted there. The land is ruled by Pinot first, Chardonnay second and Syrah a distant third. If you don’t like those varietals , avoid the SLH the way a teenager avoids chores. If you do like them though, you must wine taste in the Santa Lucia Highlands. We revisited the SLH because we saw the Santa Lucia Highlands Wine Artisans were doing a tasting of 20+ wineries for press and trade and when your favorite region for Chardonnay and Pinot hosts a tasting, you go. Thankfully we didn’t have any birthdays, weddings or funerals to attend because it would have been a really tough choice. Well, ok…it really wouldn’t have been a tough choice but we might have felt a little guilty while we were wine tasting.

First a couple of general comments about the wineries and the regions. It’s unusual when you sample from 20 or more wineries and don’t have a single poorly made wine in three hours…not a one…zilch…nada…bubkis. There were a few that we may not have cared for but they weren’t poorly made…we just didn’t care for them. The wines we tasted from Santa Lucia Highlands were that good.

Most wineries make several Pinots…often several single vineyard labels and then a blend. Karen and I usually have pretty similar tastes but she tended to prefer the consistency of the blends, whereas I liked the character and layers of flavor that many of the single vineyards versions embraced.

Pinot Gris
I didn’t mention it earlier because it’s a niche player put Pinot Noir’s alter ego, Pinot Gris was represented by a couple of wineries and surprisingly, Karen and I really enjoyed them.
Usually I find Pinot Gris just boring…not good, not bad…just kind of boring…the wine equivalent of tofu, but the ones made by Manzoni and Puma Road were both really good.

Chardonnays
McFarland Ranch was the surprise with wines that ranged in price from $12 to $15, a shockingly inexpensive price for Chardonnays from a premier region. They were a great value. Sure, we had better ones but quality Chardonnay in this price range is tough to find. The Mer Soleil versions were also interesting. Following the recent trend of using little or no malolactic fermentation, they still retained a nice fullness. The Reserve has a fair amount of vanilla from the oak, but the woodiness that can often come from oak was not overpowering.

Syrah
Several of the Syrahs we had were among the best we’ve ever tasted. The standouts were the Morgan “Double L” and the two from Wrath, “Doctors Vineyard” and the “KW Ranch”. If you don’t like any of these, you just don’t like Syrah.

Last but not least, Pinot Noir
There were so many good Pinots, it’s impossible to name them all, but a few that really stood out were:
Tondre (not a surprise as this is my favorite Pinot Vineyard on the planet).
Manzoni
Puma Road
Wrath (also not surprising given that pretty much anything Wrath makes is so good it should be illegal. I’m convinced that Wrath could make great wine from old sneakers, grass clippings and dirt).

So with all of this quality, why isn’t Santa Lucia Highlands wine tasting better recognized? Primarily it’s the rather remote location that lacks any serious tourism amenities. According to several wineries, a portion of that can be attributed to the Neolithic attitudes of those in charge in Monterey County. They expressed frustration about the barriers to expansion imposed by the county. It seems to enjoy throwing obstacles in the way of allowing the wineries to actually cater to tourists, quite odd when you think about it because wine tourism is a huge tax generator. Note to Monterey County…Grapes are the number one agricultural crop in the state if you look at the official stats and wine grapes make up more than half of that…(look at the unofficial stats and it’s actually Marijuana). Get a clue Monterey County and embrace the gem that you have! This could easily be a 2nd tourist destination, along with the Monterey Peninsula.  SLH is on one of the two main thoroughfares between Northern and Southern California which makes it very convenient to visit. The pastoral setting, sweeping vistas of the Santa Lucia Mountains and outstanding wines make this a jewel to be nurtured, not a pile of steaming manure to be buried.

Apologies to the wineries that we didn’t name…we enjoyed yours as well but we just couldn’t list every one without turning this post into something the size of War and Peace. Our thanks to the Santa Lucia Wine Artisans for including us in a well organized and thoroughly enjoyable event.  If you like Pinot Noir, Chardonnay or deep, well balanced Syrah, do yourself a favor and venture into the Santa Lucia Highlands for wine tasting. Let us know what you think.