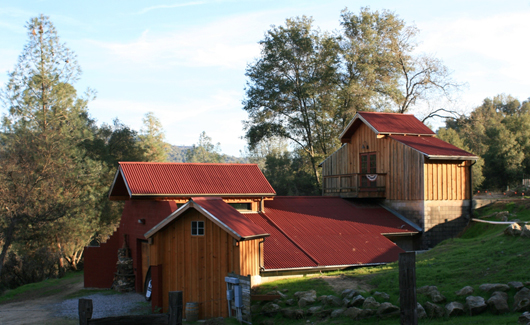 Thank God for Primitivo! Why? OK…so I admit it. I’m seriously in a rut. I haven’t written a blog post in over a month and even those were rehashes of our Bordeaux wine cruise. Granted, a Bordeaux wine cruise is pretty cool to blog about but that finished four months ago. To top it off, my trusty laptop got fried on a business trip in New York when a water bottle with a pinhole in it, leaked all over the desk, which the overactive fan then sucked up into the processor. Do you know how irritating it is to wake up in the middle of the night and see your laptop on Microsoft’s “Blue Screen of Death”? If you haven’t figured it out…it sucks! I’ve written over a hundred blog posts on that thing and while it has its idiosyncrasies, at least they were idiosyncrasies that I’d learned to appreciate. It’s kind of like being married. Not everything is a perfect fit but you learn to love the quirks. Of course, my wife has no quirks at all. She’s perfect…and I didn’t write that just because she will proofread this post (and would likely change it anyway).

So anyway…I’m feeling guilty about not having written anything for our three or four loyal readers and lo and behold, one of our favorite winemakers, Ray at Westbrook Wine Farm, comes along with a new wine – a Primitivo. Primitivo isn’t exactly rare but it is uncommon enough to be a good story. There are a few winemakers that can make good wine with dirty socks, a three moldy raisins and a used teabag. Ray is one of them. I guess we had to go wine tasting. The things we do for you people…

For those of you who aren’t familiar with Primitivo, let’s get a few basics out of the way. Although the TTB, the department of the US government that governs wine says otherwise, Primitivo is actually just another name for Zinfandel. Primitivo is the Italian name, the meaning of which derives from an ancient Latin term meaning “first to ripen”. See, wine and linguistics in a single post…where else are you going to get that kind of variety? It’s also been proven via DNA testing at UC Davis, to be identical to Crljenak Kastelanski, an ancient wine grape from Croatia with an impossibly difficult name to pronounce that the Croatians invented just to mess with English speakers. Primitivo’s formal name, at least according to the sources we checked is Pimitivo de Gioia, a reference to Gioia del Colle, its traditional home in Southern Italy. If you want to know more about Primitivo, check out our encyclopedia listing on it in the mains section of our site. (link)

Of course, in addition to the Primitivo, we had to taste a dry Riesling, Sauvignon Blanc (more on that in the next post which I promise will only be in a week or two), and a number of Ray’s flagship Red blends. Karen had a cold so that kind of sucked because that can seriously mess with your taste buds. Thankfully, the wine didn’t taste bad, just different. Of course, that wasn’t a shock because she told me that morning when I made her an omelet with mushrooms and spinach, that all she could smell was bologna. Seriously…bologna? That hasn’t ever been in our fridge since we got married and that was 23 years ago.

I’m always a little dubious when I’m wine tasting and someone brings out a Zinfandel or Primitivo (remember…they are the same wine grape). It has few tannins that are associated with the other well-known red wines in the US. Most winemakers also tend to let the fruit badly over ripen. The result is a wine that can hit 16% alcohol and tastes more like liquid raisins rather than a fresh, well balanced, medium body wine that should be great with food. Thankfully, Ray’s Primitivo didn’t disappoint. It was very well balanced, medium bodied with just a hint of fruit and tannin. I haven’t willingly bought a Zinfandel or Primitivo in a number of years but Westbrook’s was so good that we picked up a few bottles even though we have no room left in our cellar. I forgot to ask but I suspect he used European rather than American oak which can impart a stronger, spicier vanilla taste to the wine (Ray, if you read this post…and this is a test by the way to see if you did…feel free to validate my guess or throw cold water on my theory). If you are looking for a wine to pair with Mexican food, Primitivo or Zinfandel is a great choice. We were having steak that night but Karen’s messed up taste buds made the other red wines seem very tannic. They weren’t of course but they tasted that way to her so we settled on the ultra-smooth Primitivo as a compromise. Ray and his wife were having pork ribs and they were going to have Primitivo as well. The only caveat I would add is that if you are having big, fatty, country style pork ribs, go with a wine with more tannin to counter the fat…and remember, don’t use a BBQ sauce that is sweet. One of our cardinal rules is to never serve a food sweeter than the wine you are drinking.

If you are on your way to Yosemite and you fancy a little wine tasting, stop by Westbrook but call at least a day ahead to see if they are open.  Westbrook open for tasting by appointment only.