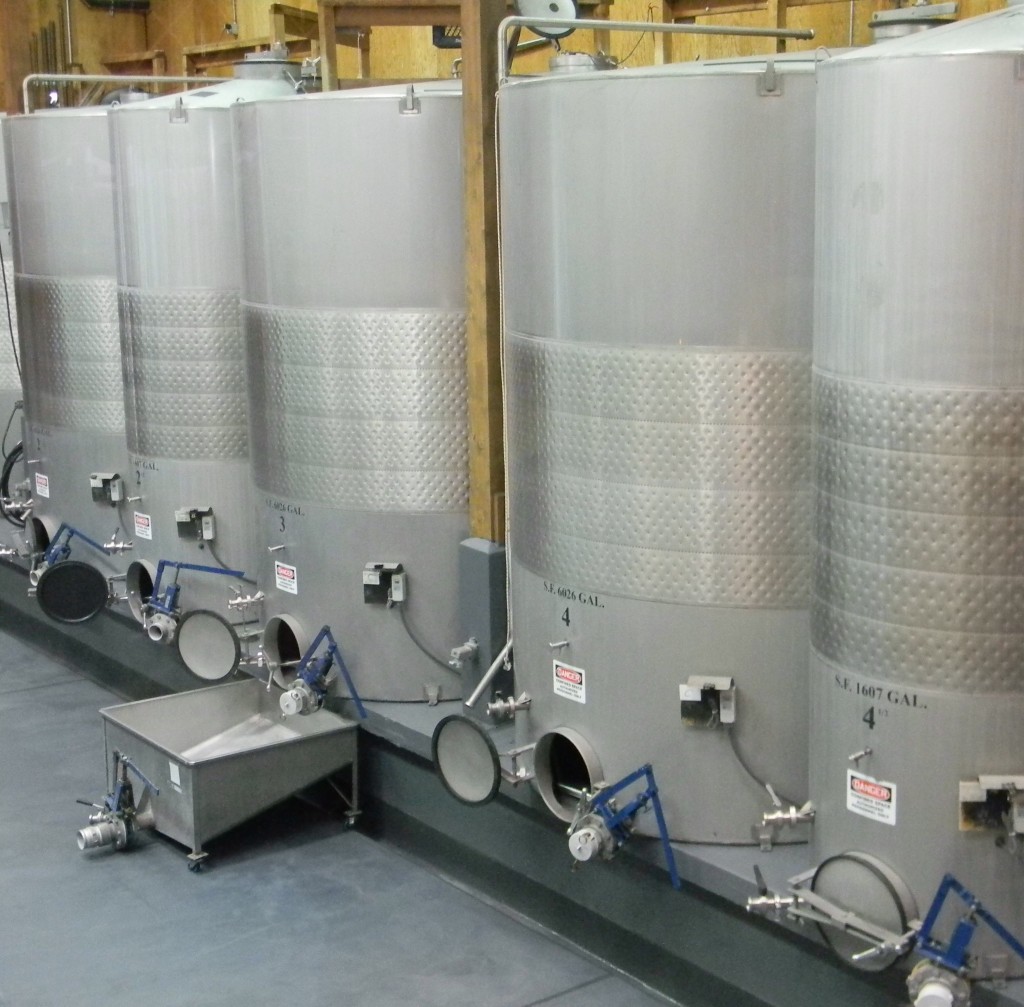 Imagine a gripping story filled with, gluttony, sex, murder and suicide.  It sounds like a cheesy best seller but it also describes fermentation and carbonation (queue the disappointed groans from the readers).  It puts bubbles in Champagne and beer by creating carbon dioxide (CO2) as it feeds on sugar.  College students pay homage to it by creating drinking games galore to its other byproduct, alcohol (ethyl alcohol to be exact).  That’s what alcohol really is by the way, a waste product from yeast…”yeast pee” if you like.  But despite what billions of drinkers think, alcohol is not the only reason to ferment wine.  Fermentation changes the flavors of foods (we’ve already established in any number of previous posts that wine should be one of the four basic food groups).

Yeast for wine generally falls into two categories, native and inoculated.  Native yeast was responsible for fermentation for most of human history.  It’s the yeast that adheres to the grapes in the field or enters the fermentation tanks naturally.  It multiplies when introduced into the “neonatal wine”, but native yeast starts in such small numbers, that it can take many days to several weeks for it to reach a population where significant fermentation can take place.  Wines that are inoculated with cultured yeast are typically given relatively high concentrations so fermentation takes place much more quickly.  But enough with the facts…let’s get back to the story.

Our sordid tale begins with acts of gluttony, unmatched since the Romans invented the eight hour feast along with the vomitorium.  Ok..ok…for those of you history buffs, I know a vomitorium wasn’t actually a place where Romans went to puke after a huge meal but it was easier to pander to the misconception.

Gluttony and Sex
In wine, yeast takes what starts as surprisingly sweet grape juice and rounds the flavor by lowering the sugar levels by converting them to CO2 and alcohol and make no mistake…yeast is a ravenous little glutton.  It can convert a lot of sugar in a short amount of time.  Picture the hungriest teenager who is going through a major growth spurt and you still can’t come close to yeasts ability to churn through sugar.

As far as sex…yeast are also randy little organisms when they are in the presence of plentiful food and unfermented wine is an extremely abundant food source.  The yeast population grows exponentially fast, putting even a colony of rabbits on fertility drugs to shame although sex with yeast is pretty much an act of a single organism ( I said organism, not the other “O” word).  Some yeast can reproduce in as little as two to three hours.  More sex and more hungry mouths to feed so the cycle continues and for a short time, our yeast colony has been living the hedonistic lifestyle with unlimited amounts of food and sex, but just like many a thriller, the climax turns very dark indeed.

Murder and Suicide
Like any civilization that overuses its resources, there comes a point where it all comes crashing down.  Our hedonistic yeast colony is about to experience this.  It’s demise is often the result of a cold and calculated act of murder by the winemaker.  As the fermentation process approaches the end, the winemaker repeatedly takes a number of measurements to check for sugar and acid levels as well as alcohol content.  When the winemaker decides that fermentation has reached its optimum level, he will unceremoniously kill off the yeast colony by introducing one or more chemicals into the wine, usually sulfites and/or potassium sorbate.  However, should the winemaker decide to let nature take its course, the end is even more grim as yeast will continue to process the sugars until the resulting high alcohol level poisons them.  The yeast literally die off in their own waste products, a particularly gruesome way to commit suicide (bad enough if you are a yeast…worse if you are a human).  Many winemakers then introduce stabilizers like sulfites and potassium sorbate.  There are two other frequently used types of fermentation that come into play after, secondary fermentation and malolactic fermentation.

Up to now, we’ve been focusing on the alcohol as the main byproduct of the fermentation process but the other significant result is carbon dioxide.  CO2 is what makes the bubbles in soda, beer and sparkling wines.  In soda and in beer that is made by larger facilities, the CO2 is artificially introduced.  Most home brewers and sparkling wine makers get the bubbles in the wine by a process called secondary fermentation.  Secondary fermentation is necessary because most of the fermentation vessels allow the CO2 created in the first fermentation to escape which creates the normal still wine that most of us drink.  To rekindle the carbonation process and reintroduce bubbles to the wine it’s moved to another container, most often a bottle, and is blended with a small amount of sugar and yeast which starts the fermentation and carbonation process over again.  Because the bottle is sealed, the CO2 cannot escape so it permeates the liquid.  The result?  The effervescent liquid prized by many wine lovers.

Malolactic fermentation, often abbreviated as MLF, (and for those of you guys who just read that as MILF – get your minds out of the gutter) is caused not by yeast but by bacteria.  Although it’s called fermentation, it technically is not a fermentation process at all because additional alcohol is not being produced from sugar although there is some carbon dioxide given off in the process.  The goal of malolactic fermentation is to change bitter lactic acid, which occurs in many new wines, into smoother lactic acid which among many things is responsible for the buttery, round flavor in many Chardonnays.  Many smaller wineries are releasing wines without malolactic fermentation and instead rely on different steps in the wine making process to eliminate the bitter flavor.