Does this sound familiar? You’ve had a great wine the night before and now after a tough day at work you just can’t wait to pop the cork and enjoy the rest of the bottle. Drum roll please … Holy Crap! It was great last night and it sucks today. What happened?

What happened was that the wine was in contact with air for too long. If only a glassful was removed and the wine was resealed soon after opening the bottle, there’s a good chance the wine will be fine the next day but a bottle with only a glass of wine remaining probably won’t even last until the next day, so you may as well throw yourself on it that evening rather than taking a chance. Now you find yourself justifying all sorts of things. “Well, there’s only a glass left in the bottle…well, maybe a really big glass…OK actually, there’s probably two medium sized glasses if I’m being honest, so I may as well finish the bottle because it probably won’t keep.” It’s amazing what you can justify when faced with the possibility of a ruined bottle of wine. So you have two options – continue to rationalize finishing every bottle of wine that you open or find a preservation technique that works consistently, is cheap and can be managed after imbibing multiple bottles of wine. Hey, no one said that the partial wine bottle was your first.

The amount of time a wine can be stored after opening is proportional to the amount of wine left in the bottle and how quickly it was recorked after opening. Too much oxygen can degrade a wine’s flavor. It’s probably the most destructive thing that can happen to it. The wine oxidizes when it comes into contact with air. Air in small amounts and just after being opened, allows the wine to breathe and can soften and round out the flavors. Long term exposure changes the chemical composition and degrades the wine. Once a wine has become too oxidized to enjoy, there’s no way to recover its character so it’s important to correctly preserve a partially opened bottle if you want to enjoy it over the next few days.

If the goal is to drink part of a bottle and save the rest for the next day, try one or more of the following preservation and wine storage techniques. Many of them can be used together and produce better results than a single method will. The sooner you can slow the oxidation process, the longer the wine will last. There are a number of theories regarding the best way to store an opened bottle of wine (and twice as many wine preserving gadgets). We’ve described some of the most effective methods below.  If you know you are only going to drink part of a bottle, the best thing that you can do is pour what you want and quickly recork the bottle to minimize its exposure to oxygen. Before recorking it however, use one of the methods described below.

Light Of Any Kind Damages Wine

Light of any kind is the enemy during wine storage, especially after being opened (the same is true with olive oil, balsamic vinegar and many other extracted natural substances by the way). Keep the wine in a dark closet or corner. Placing it in an opaque bag also works. 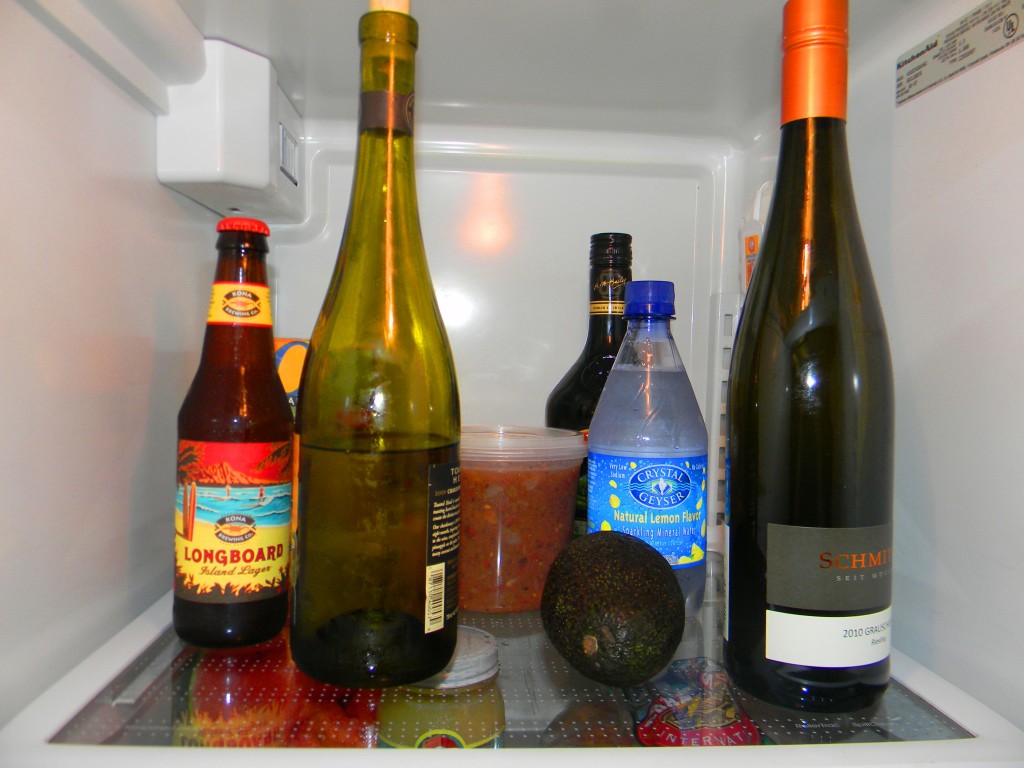 While refrigeration can slow the oxidation process, when the wine cools in the refrigerator, the air molecules in the bottle slow down and the pressure drops. If the cork is not perfectly seated, this can draw in even more air while storing the wine and defeat the purpose. Refrigeration is a viable alternative if nothing else is available but we believe there are better options. 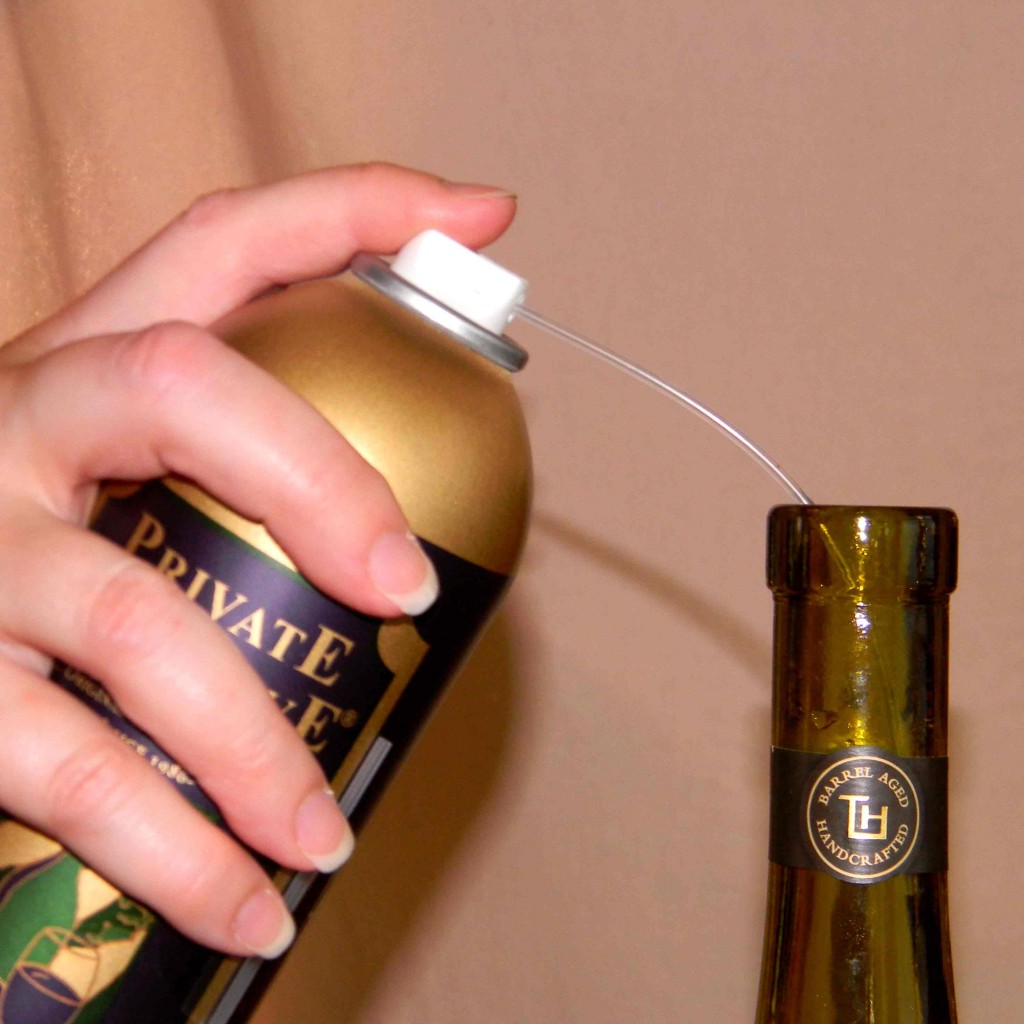 Nitrogen Used As A Wine Preservative

Cans of Nitrogen, which is an inert gas, are a reasonably effective way to preserve wine. If you can find Argon, it works better than Nitrogen but is usually about four times as expensive. When sprayed in a bottle, this displaces most of the air because the Nitrogen is heavier so it falls to the lowest point in the bottle, settling into a layer on top of the wine. The air sits on top of the gas layer much like the separation between oil and vinegar in a salad dressing container. If the directions are followed and the wine is not jostled, very little air can reach the wine. Nitrogen is usually about 10 cents cents per usage so it’s a cheap way to protect your investment.  Argon can run about 40 cents per usage but that’s still cheap compared to the cost of a spoiled bottle of wine. 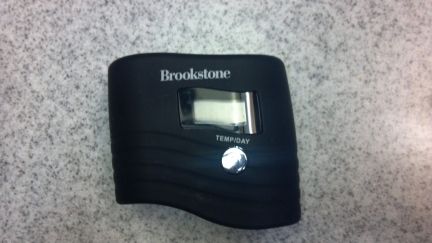 We’ve found that sophisticated, automatic pumps are the best way to preserve wine. We did a review of the one that has become our “go to” preservation gadget. These have an air pressure monitor built into them. If the air is leaking back into the bottle, the pump will sense it and re-pump it out providing a virtually foolproof method of keeping air out of a bottle. If you can’t find one of the automatic pumps, hand pumps can also be used but they frequently produce spotty results because an imperfect seal will let in air and without the monitor from an automatic pump, the air will stay in the bottle ruining the wine for the next day.

Whichever method you use, you’re bound to see better results than just recorking a partial bottle and hoping that it’s still good the next day.