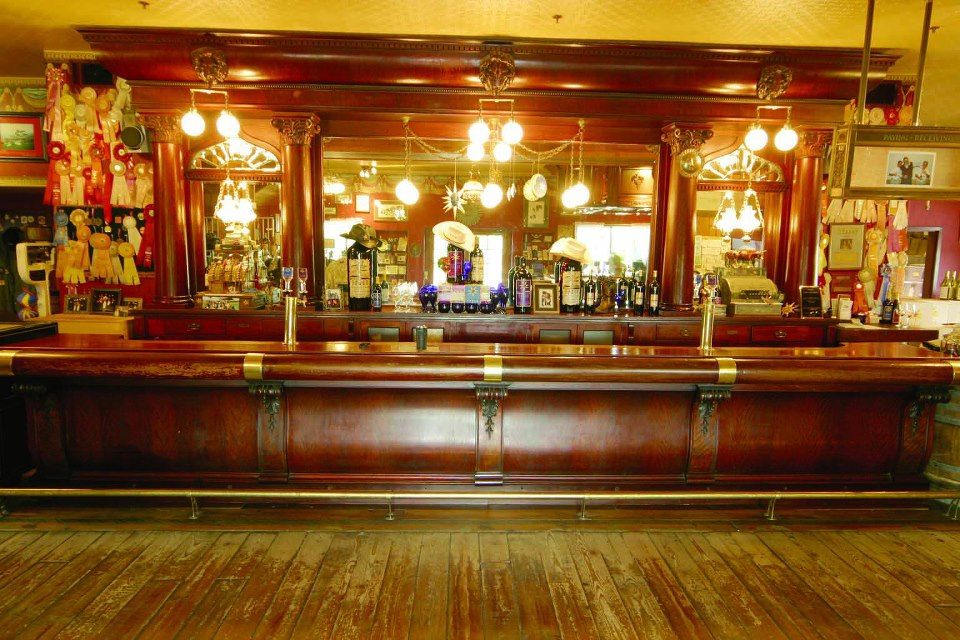 On our way down to So Cal for Thanksgiving, we decided to try something different for a new series of posts on rare varietals. This particular excursion took us to Tobin James in Paso Robles, a convenient stop on the way from the Bay Area to LA if you are going down Highway 101. How to describe Tobin James to some one who hasn’t experienced it? Take an initial layer of wild west, throw in a bunch of eclectic colors, combine with an atmosphere that is one half serious wine and one half fraternity keg party and you are beginning to get the picture. Drinking at 10:00 in the morning (uh…I mean wine tasting..uh…I mean working if you are reading this and are from the IRS). sounds like a frat party to me!  We stopped because we heard a rumor that they had both Tannat and Lagrein. The rumors were true but sadly, only the Tannat was available for tasting. The Lagrein is for their wine club only and sells out very quickly so we missed out on it. We could have had it if we joined their wine club but as often as we taste, we accumulate wine clubs the way wineries accumulate fruit flies at crush, so we refrained from joining. We have had Lagrein at Bel Vino Winery in Temecula and enjoyed it there however.

The Tannat is not for the faint of heart. It’s big, dark and has a heavy tannic finish. Karen and I both liked it…a lot… but then we tend to like pretty big wines. Tannat comes from the Basque region of Southern France and has virtually become the national grape of Uruguay. The winemakers from Tobin James like to travel and fell in love with Tannat on one of their sojourns. This was the their first vintage and was very well received so it will probably become one of their staples. If you are looking for it, they playfully call it “Palindrome”, riffing off of the symmetrical spelling of “Tannat”. This is a wine that is screaming out for a hunk of beef. If you’re a vegan, you’re SOL on this wine for pairing.  Of course if you are a vegan, you have to be careful of drinking wine anyway (yes, believe it or not many wines use gelatin or egg whites in the wine making process to help clarify the wines).  The tannic structure of Tannat should allow it to age well for at least 10 years if well made and I think that this one in particular will do well for at least that long.  Particularly big versions will do well for close to 20 years.  By the way, do you think it is a coincidence that the name “Tannat” sounds a lot like the word tannins?  Probably not… at least I don’t think so.

While we were there, Bethany one of friendly staff wanted us to also try a couple of their Zinfandels because that is what Tobin James are known for. Hmm…give me a second…more wine tasting?.. .ah…ok. Paso is well known for Zinfandels and Tobin James has at least 8. The star undoubtedly was the Dusi old vine. Some wineries claim vines that have barely reached middle age as “Old Vine”. If you are interested in a slightly tongue in cheek take on old vine designations, check out our previous post on it.  This one was the real thing with the fruit coming from 80 + year old, dry farmed vines. Yeah…yeah, I know, this is supposed to be a blog about unusual varietals and Zinfandel hardly qualifies but when you run across one that is this special, it’s worth a note. If you are in the Paso area, even with its preponderance of Zinfandels, the old vine Dusi is worth a stop